by train to Sintra and back from Cascais

Serra de Sintra. A real highlight of Lisbons surroundings are the historic area of Sintra and the breathtaking coast nearby. Serra the Sintra, the evergreen mountain between Sintra and Cascais. Aclass of it own!

In the north and south it’s bordered by charming citys and beautiful beaches. In the west Cabo da Roca, the west-end of Europe, is waiting with impressive cliffs into the rough Atlantic.

This daytour makes a loop around the hill. From the historical town of Sintra we go down to extended Praia Grande bordered by the majestic rocks of Serra de Sintra. After a climb to the top of

the rocks and a lunch break with breathtaking views around Cabo da Roca, a longer downhill leads to Praia Guincho, the famous sufer-spot.

From there a cycling lane along the ocean leads to the seaside city Cascais, which invites for a final loop and a recovery drink. 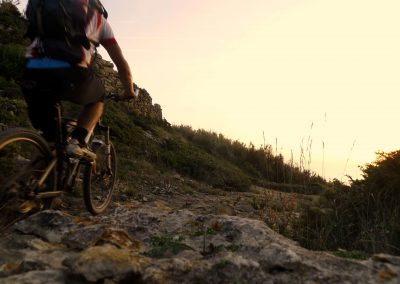 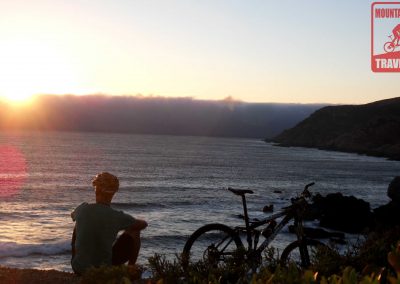 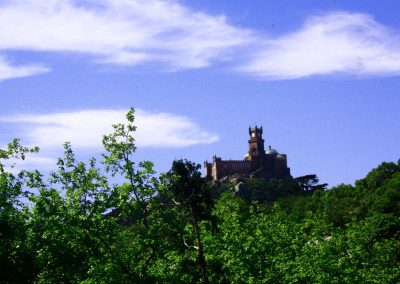 by train to Sintra

Serra de Sintra offers plenty of different trails in all directions and for every tast.

Our sport tours at Sintra will test your physical conditions on partly steep climbs through the dense forest on the northside of the Serra,But also will challenge your bike skills on thrilling singletrails and rocky doubletrails and dirt roads. For all effort we will be rewarded by stunning views and exiting downhills. The more you invest the bigger your return!

Out of my Mountainbike Tours this is the easiest option. Nevertheless it’s still concepted for bikers and cyclists. It’s also made for all kind of sporties, but be prepared to be challenged! If you are in doubt about it get in touch or have a look at “BIKE ESCAPES”, our beginners tours. 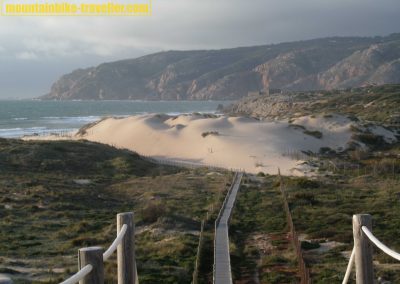 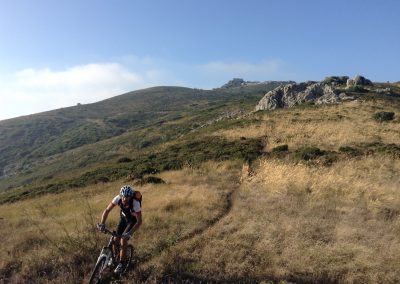 by train to Sintra and back from Mafra

This ride combines the amazing rough coastline with the traditional agriculture of the interior in one entiring daytour. Exhausting but a blast!

On the way from Sintra to Ericeira one beautiful beach follows the next one. The view reaches from Cabo da Roca until Peniche. Ericeira is a lovely calm fisher village that invites to stay.

Leaving Cascais to the interior we discover the variety of Portuguese agriculture. Wine, Olives, Figs, and all kind of seasonal fruits border the way to the famous Palacio Real and our finish in Mafra.

Available as one or two days tour, with overnight stay in Ericeira. 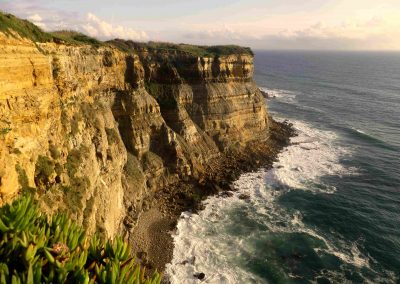 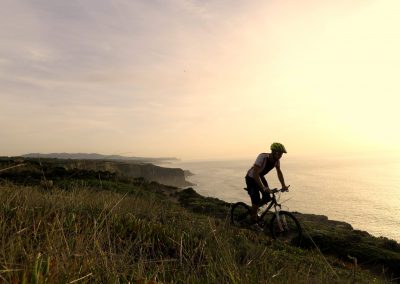